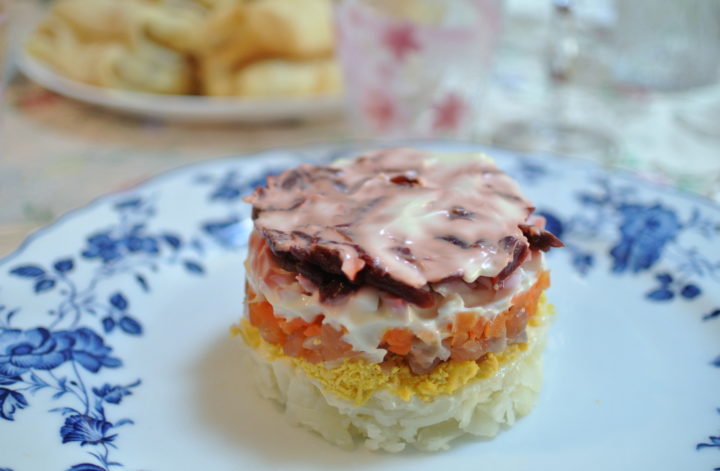 One of my closest friends kindly invited me to her birthday party this weekend. I was very happy to celebrate her birthday together with her family and friends. She is a Russian lady, so her birthday party was held in the Russian style. In addition, all the guests were Russians except me. I should have learned more Russian words before the party!! Luckily, however, they could speak either Japanese or English, so I had no difficulty communicating with them.

I was delighted to see how she coordinated her table. It was full of traditional Russian dishes.

Look at these beautiful dishes!

While I was thoroughly relishing the delicious meal, I was never silent; rather, I was busy chatting. Everyone at the table was very kind. They told me many things about Russian culture, all of which were really intriguing.

After the meal, we played games. One was a word association game using cards, and the other was charades. The former required brains, while the latter required acting abilities. Both were so much fun that we laughed out loud! While playing charade, I was surprised that everyone was extremely good at acting except me. When it was my turn, my acting was desperately poor. (Actually, I was trying to communicate “mayonnaise” by gesture! You could imagine how difficult it was.) However, our team members had a such great imagination that they correctly guessed what I meant.

At the end of the party, my friend’s husband sang Russian songs, playing the guitar. She and her daughter joined the songs, too! Their singing voices were gentle, warm and beautiful!

It was a fun, exciting and heartwarming party! I will never forget the fabulous time I spent with all the people there. 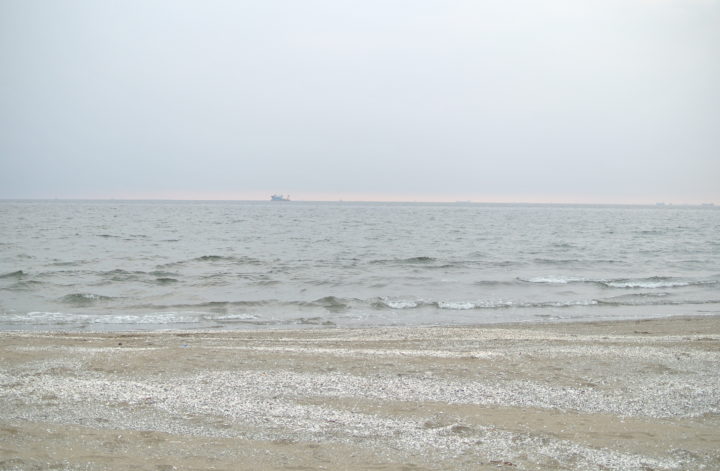 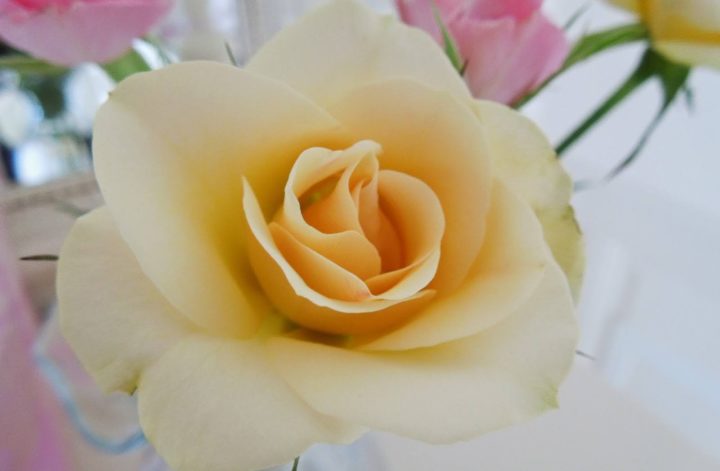 Chatting at a cafe in Kyoto 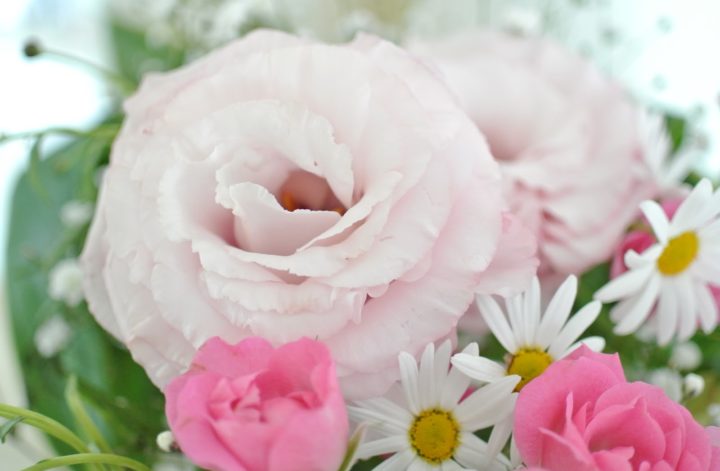